The Story Behind
"I Heard the Bells on Christmas Day" 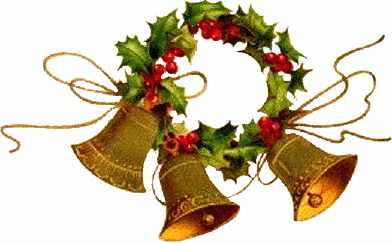 One of America's best known poets, Henry Wadsworth Longfellow (1807-1882), contributed to the wealth of carols sung each Christmas season, when he composed the words to "I Heard the Bells on Christmas Day" on December 25th 1864. "Glory to God in the Highest, and on Earth peace, good will toward men" (Luke 2:14). The carol was originally a poem, "Christmas Bells," containing seven stanzas. Two stanzas were omitted, which contained references to the American Civil War, thus giving us the carol in its present form. The poem gave birth to the carol, "I Heard the Bells on Christmas Day," and the remaining five stanzas were slightly rearranged in 1872 by John Baptiste Calkin (1827-1905), who also gave us the memorable tune. When Longfellow penned the words to his poem, America was still months away from Lee's surrender to Grant at Appomattox Court House on April 9th 1865; and, his poem reflected the prior years of the war's despair, while ending with a confident hope of triumphant peace. [Please read "Lincoln's Proclamation Appointing a National Fast Day" ---New Window from which this godly president prompted his countrymen to "rest humbly in the hope authorized by the Divine teachings, that the united cry of the Nation will be heard on high, and answered with blessings, no less than the pardon of our national sins, and the restoration of our now divided and suffering Country, to its former happy condition of unity and peace."]

"6 For unto us a Child is born, unto us a Son is given: and the government shall be upon His shoulder: and His Name shall be called Wonderful, Counsellor, The Mighty God, The Everlasting Father, The Prince of Peace. 7 Of the increase of His government and peace there shall be no end, upon the throne of David, and upon His Kingdom, to order it, and to establish it with Judgment and with Justice from henceforth even for ever. The zeal of the LORD of Hosts will perform this"
(Isaiah 9:6-7). [Please read "The Amazing Humanity of Jesus Christ" ---New Window to learn of the blessed benefit of Christ's birth.]

As with any composition that touches the heart of the hearer, "I Heard the Bells on Christmas Day" flowed from the experience of Longfellow-- involving the tragic death of his wife Fanny and the crippling injury of his son Charles from war wounds. "My heart was hot within me, while I was musing the fire burned: then spake I with my tongue" (Psalm 39:3). Henry married Frances Appleton on July 13th 1843, and they settled down in the historic Craigie House overlooking the Charles River in Cambridge, Massachusetts. They were blessed with the birth of their first child, Charles, on June 9th 1844, and eventually, the Longfellow household numbered five children-- Charles, Ernest, Alice, Edith, and Allegra. "Children's children are the crown of old men; and the glory of children are their fathers" (Proverbs 17:6). Alice, the Longfellows' third child and first daughter, was delivered, while her mother was under the anesthetic influence of ether-- the first in North America. "And God blessed them, and God said unto them, Be fruitful, and multiply, and replenish the Earth, and subdue it: and have dominion..." (Genesis 1:28).

Tragedy struck both the nation and the Longfellow family in 1861. Confederate Gen. Pierre G. T. Beauregard fired the opening salvos of the American Civil War on April 12th, and Fanny Longfellow was fatally burned in an accident in the library of Craigie House on July 10th. "Whereas ye know not what shall be on the morrow. For what is your life? It is even a vapour, that appeareth for a little time, and then vanisheth away" (James 4:14). The day before the accident, Fanny Longfellow recorded in her journal: "We are all sighing for the good sea breeze instead of this stifling land one filled with dust. Poor Allegra is very droopy with heat, and Edie has to get her hair in a net to free her neck from the weight." "LORD, make me to know mine end, and the measure of my days, what it is; that I may know how frail I am" (Psalm 39:4). After trimming some of seven year old Edith's beautiful curls, Fanny decided to preserve the clippings in sealing wax. Melting a bar of sealing wax with a candle, a few drops fell unnoticed upon her dress. The longed for sea breeze gusted through the window, igniting the light material of Fanny's dress-- immediately wrapping her in flames. In her attempt to protect Edith and Allegra, she ran to Henry's study in the next room, where Henry frantically attempted to extinguish the flames with a nearby, but undersized throw rug. "28 So ought men to love their wives as their own bodies. He that loveth his wife loveth himself. 29 For no man ever yet hated his own flesh; but nourisheth and cherisheth it, even as the LORD the Church" (Ephesians 5:28-29). Failing to stop the fire with the rug, he tried to smother the flames by throwing his arms around Frances-- severely burning his face, arms, and hands. Fanny Longfellow died the next morning. Too ill from his burns and grief, Henry did not attend her funeral. (Incidentally, the trademark full beard of Henry Wadsworth Longfellow arose from his inability to shave after this tragedy.)

The first Christmas after Fanny's death, Longfellow wrote, "How inexpressibly sad are all holidays." A year after the incident, he wrote, "I can make no record of these days. Better leave them wrapped in silence. Perhaps someday God will give me peace." Longfellow's journal entry for December 25th 1862 reads: "'A merry Christmas' say the children, but that is no more for me." "Why art thou cast down, O my soul? and why art thou disquieted in me? hope thou in God: for I shall yet praise Him for the help of His countenance" (Psalm 42:5). Almost a year later, Longfellow received word that his oldest son Charles, a lieutenant in the Army of the Potomac, had been severely wounded with a bullet passing under his shoulder blades and taking off one of the spinal processes. The Christmas of 1863 was silent in Longfellow's journal. "6:7 Mine eye is consumed because of grief; it waxeth old because of all mine enemies. 31:9 Have mercy upon me, O LORD, for I am in trouble: mine eye is consumed with grief, yea, my soul and my belly" (6:7; 31:9). [Please read "The Spirit of Slavery" ---New Window for more background on the American Civil War and its connection with Col. Joshua Chamberlain, the hero of Gettysburg, and president of Bowdoin College (from which Longfellow also graduated.)] Finally, on Christmas Day of 1864, he wrote the words of the poem, "Christmas Bells." The reelection of Abraham Lincoln or the possible end of the terrible war may have been the occasion for the poem. "The LORD taketh pleasure in them that fear Him, in those that hope in His mercy" (147:11). Lt. Charles Longfellow did not die that Christmas, but lived. So, contrary to popular belief, the occasion of writing that much loved Christmas carol was not due to Charles' death. "O give thanks unto the LORD; for He is Good; for His mercy endureth for ever" (1Chronicles 16:34).

Longfellow's Christmas bells loudly proclaimed, "God is not dead." "The LORD liveth, in Truth, in Judgment, and in Righteousness; and the nations shall bless themselves in Him, and in Him shall they glory" (Jeremiah 4:2). Even more, the bells announced, "Nor doth He sleep." "Behold, He that keepeth Israel shall neither slumber nor sleep" (Psalm 121:4). God's Truth, Power, and Justice are affirmed, when Longfellow wrote: "The wrong shall fail, the right prevail." "To finish the transgression, and to make an end of sins, and to make reconciliation for iniquity, and to bring in Everlasting Righteousness" (Daniel 9:24). The message that the Living God is a God of Peace is proclaimed in the close of the carol: "Of peace on Earth, good will to men." "For it pleased the Father that in [Jesus] should all fulness dwell; and, having made peace through the Blood of His Cross, by Him to reconcile all things unto Himself" (Colossians 1:19-20).

Merry Christmas! And, may the Prince of Peace grant you His peace! 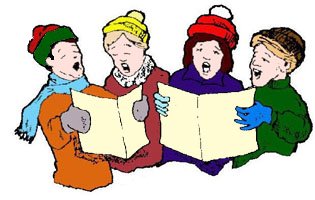 "Christmas Bells"
(The original poem, complete with all seven stanzas)

"I heard the bells on Christmas Day
Their old familiar carols play,
And wild and sweet
The words repeat
Of peace on earth, good-will to men!


And thought how, as the day had come,
The belfries of all Christendom
Had rolled along
The unbroken song
Of peace on earth, good-will to men!


Till, ringing, singing on its way,
The world revolved from night to day,
A voice, a chime
A chant sublime
Of peace on earth, good-will to men!


Then from each black accursed mouth
The cannon thundered in the South,
And with the sound
The carols drowned
Of peace on earth, good-will to men!


It was as if an earthquake rent
The hearth-stones of a continent,
And made forlorn
The households born
Of peace on earth, good-will to men!


Then pealed the bells more loud and deep:
"God is not dead; nor doth he sleep!
The Wrong shall fail,
The Right prevail,
With peace on earth, good-will to men!"

The Glory and Majesty of Christmas ---New Window
Or, The Christmas Story: Its Meaning and Significance

The Magi and the Star of Bethlehem ---New Window

The Wisdom of Seeking the Messiah ---New Window


Next article "From the Editor's Desktop"