The Conversion of Abraham Lincoln

"I believe I am an humble servant in the hands of our Heavenly Father;
I desire that all my words and acts may be according to His will."

"There is written evidence that Abraham Lincoln became a Christian in 1839 in Springfield, Illinois during revival services at the Methodist Episcopal Church, under the ministry of James F. Jacquess. In a fascinating narrative Rev. Jacquess described Mr. Lincoln's conversion:

The church was filled that morning. It was a good sized church, but on that day all the seats were filled. I had chosen for my text the words 'Ye must be born again' , and during the course of my sermon I laid particular stress on 'must'. Mr. Lincoln came into the church after the services had commenced, and there being no vacant seats, chairs were put in the altar in front of the pulpit, and Mr. Lincoln and Governor French and his wife sat in the altar during the entire service, Mr. Lincoln on my left and Governor French on my right, and I noticed that Mr. Lincoln appeared to be deeply interested in the sermon. A few days after that Sunday, Mr. Lincoln called on me and informed me that he had been greatly impressed with my remarks on Sunday and that he had come to talk with me further on the matter. I invited him in, and my wife and I talked and prayed with him for hours. Now, I have seen many persons converted; I have seen hundreds brought to Christ, and if ever a person was converted, Abraham Lincoln was converted that night in my house." 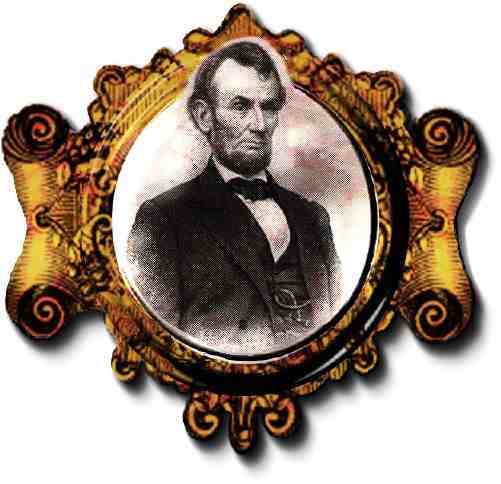 "In regards to this great Book (the Bible),
I have but to say it is the best gift God has given to man.
All the good Saviour gave to the world was communicated through this Book.
But for it we could not know right from wrong.
All things most desirable for man's welfare, here and hereafter, are found portrayed in it."

The Conversion of Martin Luther ---New Window
by Tom Stewart
"The Kingdom of God that flowered from that Reformation in Germany 'is like a grain of mustard seed, which a man took, and cast into his garden; and it grew, and waxed a great tree; and the fowls of the air lodged in the branches of it' (Luke 13:19)."

The Conversion of C. H. Spurgeon ---New Window
by Henry Davenport Northrop
Of his conversion Mr. Spurgeon spoke on every fitting opportunity, hoping thereby to benefit others.

St. Patrick's Confession ---New Window
by Patrick (373-465 AD)
"I, Patrick, a sinner, a most simple countryman, the least of all the faithful and most contemptible to many, had for father the deacon Calpurnius, son of the late Potitus, a presbyter, of the settlement of Bannaven Taburniae; he had a small villa nearby where I was taken captive. I was at that time about sixteen years of age. I did not, indeed, know the true God; and I was taken into captivity in Ireland with many thousands of people, according to our deserts, for quite drawn away from God, we did not keep his precepts, nor were we obedient to our presbyters who used to remind us of our salvation. And the Lord brought down on us the fury of his being and scattered us among many nations, even to the ends of the earth, where I, in my smallness, am now to be found among foreigners." --Patrick